It is interesting to note that all of the characters in this story are actually humans. They are portrayed as animals because of Author Appeal (or Furries Are Easier to Draw), and the authors refer to this as seeing the characters through a "furry lens". That means that this is a Furry Comic in the sense that they are portrayed as animals and not because they actually are animals.

WARNING: Major spoilers ahead! Read at your own risk. 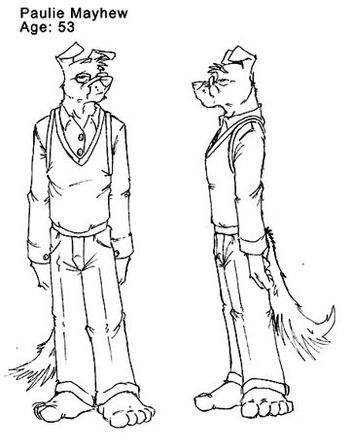 The owner of the 6 Kinsey Circle residence, he is the oldest of the group and he was born and raised in England. He is Douglas' beloved husband and is portrayed as a Golden Retriever dog.
Douglas Pope 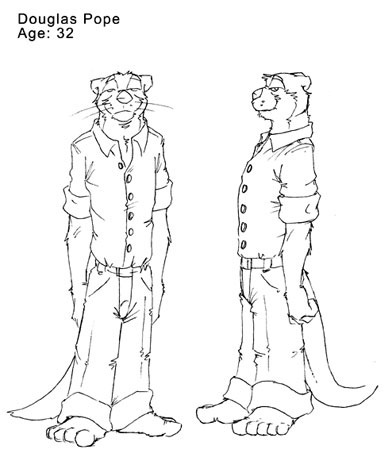 Paulie's beloved husband. He is portrayed as a river otter.
Arthur Korsky 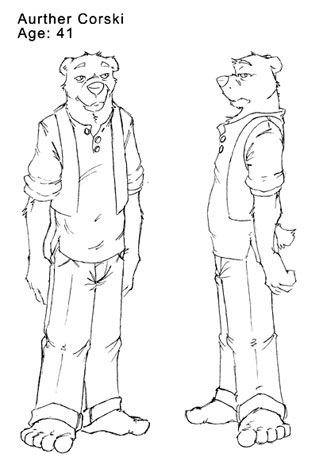 Paulie's other closest and oldest friend along with John. He is portrayed as a brown bear. 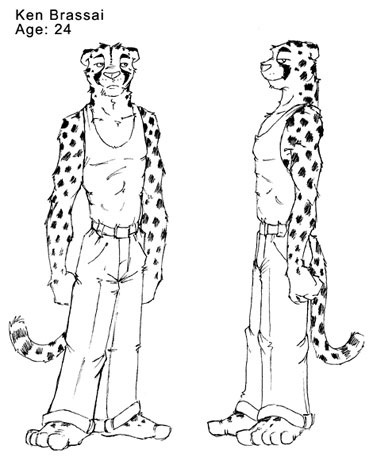 Another dear friend to Paulie. He is Mike Lang's boyfriend and he is portrayed as a cheetah.
Taylor "Taye" Dooley 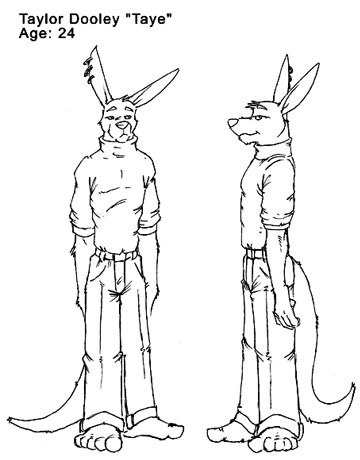 A young and aspiring performer. He is Marty's boyfriend and is portrayed as an Eastern Grey Kangaroo.
Martin "Marty" Miller 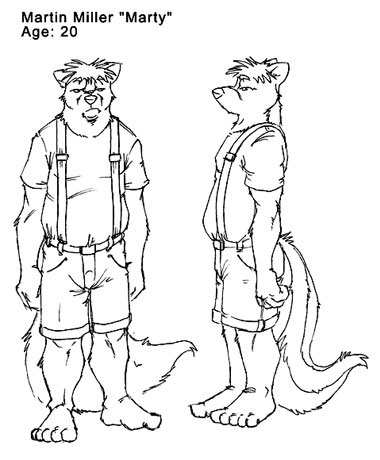 A late addition to the group who is a college student and the youngest adult. He becomes Taye's boyfriend and is portrayed as a skunk.

Paulie's oldest and closest friend along with Arthur. He was Paulie's first lover in America and he introduced Paulie to Arthur, which led to their three-way relationship. He is the owner of the Triangle Books bookstore and he is portrayed as an American Badger.
Mrs. Esther Nussbaum
An elderly lady who lives in the same Kinsey Circle neighborhood. She is very fond of Paulie and the others and she is portrayed as a Grey Squirrel.
Carter Allen
A father who lives in the Kinsey Circle neighborhood. Unlike Mrs. Nussbaum, he dislikes the Kinsey boys and believes they are sinful and will be a bad influence on his two young sons. He is portrayed as a red fox. 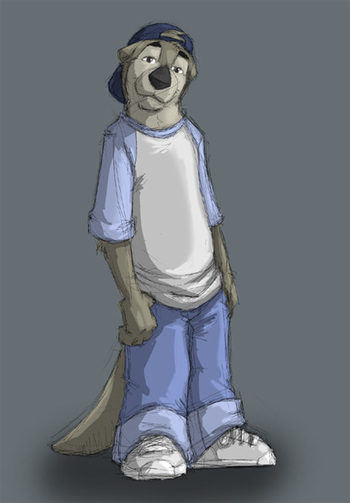 Douglas' son born out of wedlock from when he was together with his girlfriend Linda. Jason lived with his mother and when she passed away, Doug won custody over Jason from Linda's parents. He is the youngest member of the residence and he is portrayed as a river otter.