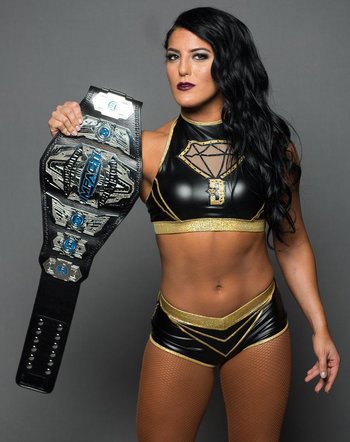 Tessa Blanchard (born July 26, 1995) is a third-generation American professional wrestler from Charlotte, North Carolina. She debuted in 2014 and has wrestled for numerous promotions all over the world. Along with her reign as Impact Knockouts Champion

, she is a former EWA Heavyweight Champion

, a former Phoenix of RISE Champion

, a former WC Lady of the Ring Champion

, and is the WW (Warrior Wrestling) Women's Champion

, The Impact Wrestling World Heavyweight Champion AND the WSU Champion