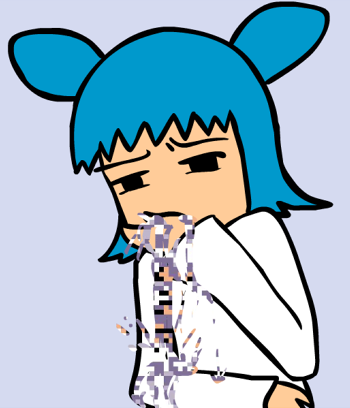 is a Pokémon comic with a twist: The storylines and characters are all decided by anonymous posters on 4chan's Pokemon board. An artist, named "Questy", draws their suggestions and acts as a dungeon master for the series. Due to the sheer number of "writers" and the nature of /vp/, the storylines are invariably chaotic and insane.

All these quests provides example of:

His purpose is to use Thunder Wave against Ground-type Pokemon, even if they don't deserve it