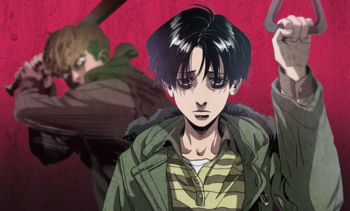 Killing Stalking (킬링 스토킹) is a Manhwa written by Koogi and published online in Korean, English, and Japanese by Lezhin Comics. It won the grand prize in the Second Lezhin World Comics Contest.

Killing Stalking is now complete at 67 chapters, with a print release on the way. The comic updated weekly on the Lezhin Comics website

. Chapters in Korean came on Thursdays and chapters in English arrived on Wednesdays.