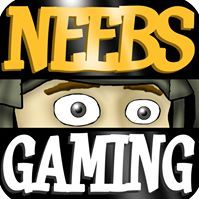 is a Youtube gaming channel started by Hank And Jed to keep engaged with fans while they work on their animations. It began as a spin-off of Battlefield Friends, and has since grown to cover a wide number of games, usually running multiple series at once.

Appsro: Put an icicle in her butt!
Neebs: Does that have a name?
Doraleous: It's called-
Doraleous and Simon: - a "Frosty".