Video Game / The Missing: J.J. Macfield and the Island of Memories 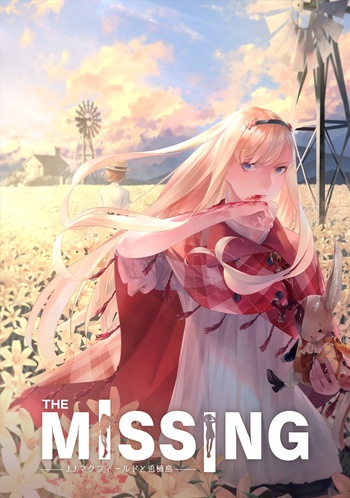 This game was made with the belief that nobody is wrong for being what they are. note Foreground: J.J.Macfield and F.K., Background: Emily Thompson
Advertisement:

One peaceful afternoon, J.J. Macfield and her girlfriend Emily go on a camping trip to Memoria Island, Maine. Things go well initially, until Emily goes missing during the night. J.J. sets off into the dangerous island to find her, and only a few minutes later sees her being chased by the Hairshrieker, a mysterious, shadowy hair monster that haunts the island. After finding out that she is unable to die, J.J. must use her newfound immortality to mutilate herself to progress and find Emily before the Hairshreiker finds both of them. Even if all of her limbs are chopped off, J.J. will still stay alive for the sake of Emily. What is going on in Memoria Island? Perhaps there's something more...

The Missing: J.J. Macfield and the Island of Memories is a horror puzzle-platformer by White Owls, directed by Swery65, and published by Arc System Works. It was released on October 12th, 2018 for the PC, Nintendo Switch, and various other platforms.

The central mechanic is that J.J. must mutilate herself to solve puzzles in the environment.

While the game is fairly short, keep in mind that Swery has quite a few tricks up his sleeves. Beware of spoilers!

Now has its own spoiler-filled wiki.

The Missing: J.J Macfield and the Island of Memories contains examples of: