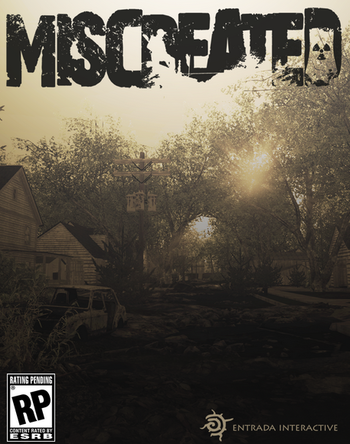 Miscreated is an Open World Multiplayer Survival Sandbox by Entrada Interactive LLC. It was initially released through Steam Early Access in October 2014, and was finally released on PC in full on December 18th, 2018.
Advertisement:

After The Final War, civilization has crumbled. The cities are in ruins, survivors scavenge in the wild, and a genetic plague created in the fallout has mutated much of the wildlife. Despite all that, though, life continues on. Only now instead of crunching numbers in the office, the average Joe's new daily routine consists of scavenging for any and all supplies they're able to find, and trying not to be killed, be it by wild animals, by mutants, by other humans, or even by the very elements.