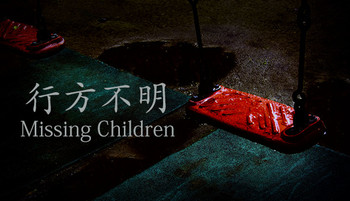 Missing Children is a Horror-themed Adventure Game by Chilla's Art.

Sato is a woman known for helping out children at school, having earned herself the nickname "bully detective". She's been called by a friend on the force, Yamada, to help out the police with a case. Three junior high school girls (Mizuki, Kanae, and Akiko) have gone missing, and their online conversations imply that the three have run away.

With the assistance of another cop named Funahashi, Sato takes the case.