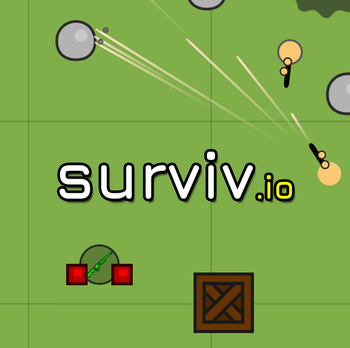 is a top-down shooter battle royale .io Game. Up to 80 players spawn at random points on an island, where they must search for weapons and items, and kill each other. Last player or team standing wins.
Advertisement:

In other words, it's a simplified and accelerated version of Player Unknowns Battlegrounds , playable in your browser.