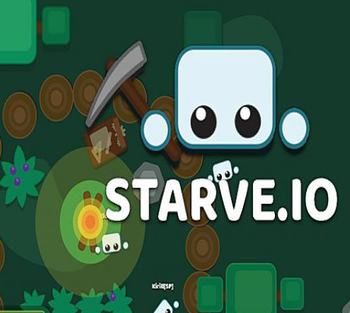 is a 2017 multiplayer survival Web Game by two French coders, collectively known as LapaMauve. In it, you must keep track of your thirst and hunger and avoid getting too cold, while also contending with the hostile animals and possibly other players. It uses cartoonish graphics and the movement resembles Agar.io - every creature in the game is seen from a strict top-down view, and they lack any animations besides slight pulsing. Includes the "Hunger Games", Zombie and Vampire modes in addition to the default one.

The developers are now working on revast.io, which is intended to be a remake of this game, but with the graphics and mechanics of their later, more advanced post-apocalyptic survival game, Devast.io.

See MooMoo.io for another .io Game devoted to survival in prehistoric times.