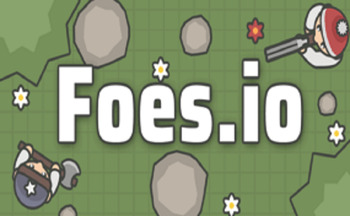 is a 2017 2D multiplayer Web Game created by Sidney de Vries and his brother, Vince de Vries, and done in the PUBG-inspired Battle Royale Game style.

Unlike the other .io Game battle royales with a Top-Down View, like Surviv.io or Zombs Royale.io, Foes is geared towards a smaller number of players, with its lobbies capping at 30. This means a smaller map, and also shorter, more brutal engagements, with player characters who are anything but Made of Iron. It is also currently the first .io battle royale that includes usable vehicles.