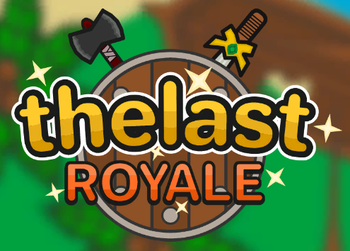 is a Battle Royale-style multiplayer Web Game, done in a fantasy style. It was released into a public beta on March 27th, 2019.
Advertisement:

In it, dozens of players drop down onto an island from the back of a dragon, and immediately start searching for medieval-era weapons and magical items alike in order to get an edge over their opponents. Meanwhile, the toxic red fumes shrink the safe areas on the island and push the survivors ever closer together, until only one remains.

See BattleRoyale.io, Surviv.io, and Zombs Royale.io for the other takes on battle royale as an .io Game.