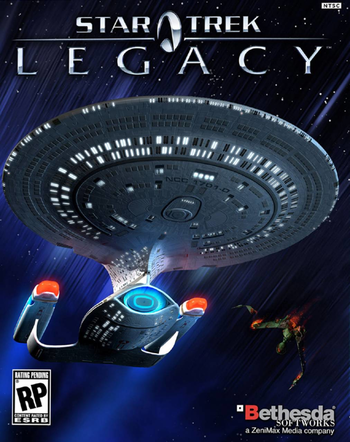 A game developed by Mad Doc Software and published by Bethesda Softworks, intended as the Spiritual Successor to the excellent Star Trek: Starfleet Command and Star Trek: Bridge Commander games, with even some RTS elements a la Star Trek: Armada.

The original concept for the game was that of a Worldbuilding Generational Saga Space Opera, uniting the cast leads from all of the extant Star Trek series in one story unfolding over hundreds of years of Trek history.

Originally, the various captains were going to face a crisis dealing with the Iconian gateways as seen in the Star Trek: The Next Generation episode "Contagion". Eventually the writers settled instead on a tale about the possible origins of the Borg. It didn't turn out well.

This Game Provides Examples Of