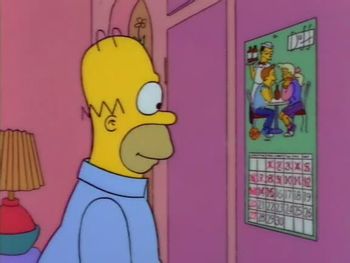 After getting busted on a DWI charge after sneaking out of work to go to a Duff Beer Factory tour, Marge urges Homer to go 30 days without beer. Meanwhile, Bart destroys Lisa's steroid-injected tomato and becomes an unwitting test subject in her new science fair project: "Is My Brother Dumber Than a Hamster?"