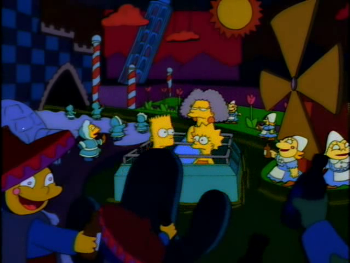 Selma's Choice is the 13th episode of the fourth season of The Simpsons.

Selma once again must find a man so she can raise a family and not die alone like her recently-deceased aunt Gladys, but when Homer falls ill due to eating a rotten sandwich, Selma volunteers to take Bart and Lisa to Duff Gardens, she soon realizes that she has little to no motherly skills or instinct.

It marks the first appearance of Jub-Jub the iguana.