Recap / The Order Of The Stick Utterly Dwarfed 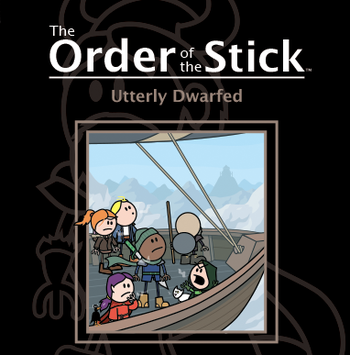 The Order is on their way north to the last Gate, thanks to new friends with an airship. But while they deal with monsters, recurring villains, the usual plot stuff, one of their own (coughDurkoncough) has been fighting a battle within their own mind! It all comes down a head when the gods themselves become involved, and the Order of the Stick must save the world from due process!