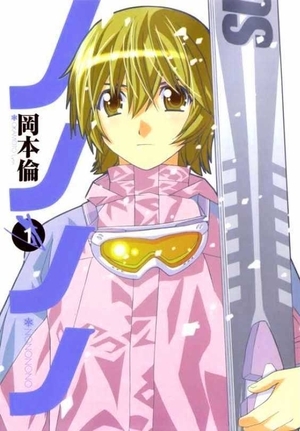 Nono Nonomiya's father was a skilled ski jumper, but never won an Olympic medal. His dreams of his children winning one were destroyed when Nono inherited all his ability and not her brother Yuuta, as women are not allowed into the sport. After the death of both her father and Yuuta, Nono decides to honour their memory by taking on her brother's identity and enrolling in a college famed for producing winter sports athletes. But she quickly discovers it will be very hard to keep her secret, let alone earn the respect of her fellow students while aiming to become the school's best jumper.

Nononono is a seinen manga by Lynn Okamoto of Elfen Lied fame, which was serialized in Weekly Young Jump from 2007 to 2010. Unlike Okamoto's other works, this one is substantially less violent and is not fantasy or science-fiction, though it can still get quite dark at times.