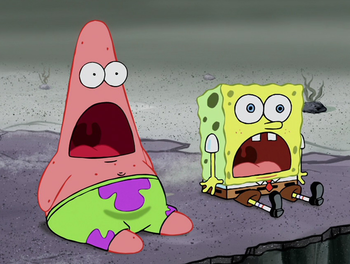 The Jaw Drop that spawned many a T-shirt.
Advertisement:

Did you see my underwear?
No, Patrick.
Did you want to?