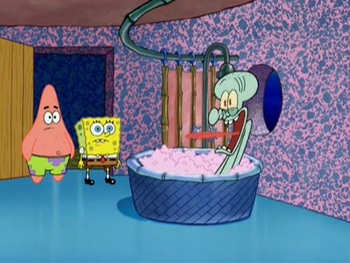 Well, he was "spoiling" himself, until this happened.

67B - Mermaid Man and Barnacle Boy VI: The Motion Picture