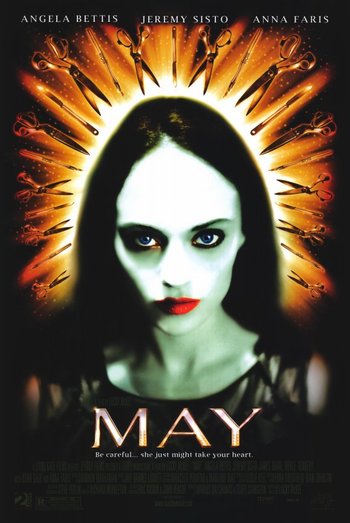 May is a 2002 horror film written and directed by Lucky McKee, starring Angela Bettis, Jeremy Sisto, and Anna Faris.

May Dove Canady (Bettis) a lonely young woman who seeks to develop some sort of meaningful connection with another human being. This is somewhat complicated by how shy, socially awkward, and just plain weird she is. As each attempt fails, the already unstable May starts going further and further down the rabbit hole...