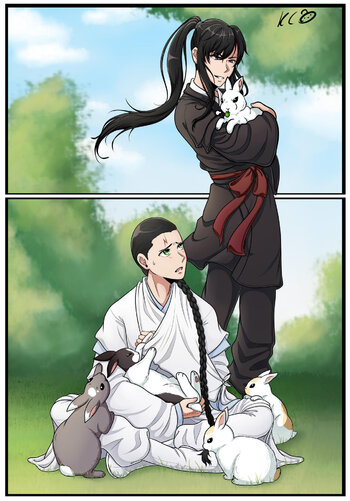 is a Harry Potter and Grandmaster of Demonic Cultivation: Mo Dao Zu Shi crossover fic written by Araceil on Archive of Our Own.

Wei Wuxian wakes up to a new body, with a command assigned to him: whatever he will do the Mo clan in revenge for the body's former tenant, he needs to protect Hari — the only person who ever cared for Mo Xuanyu — above all. The child is not to be harmed.

Unfortunately, said child is cursed to draw the undead to him, and Wei Wuxian ultimately accepts to leave him at Clouds Recesses in order to find a solution to the problem. At least Hari won't be able to raise havoc there.