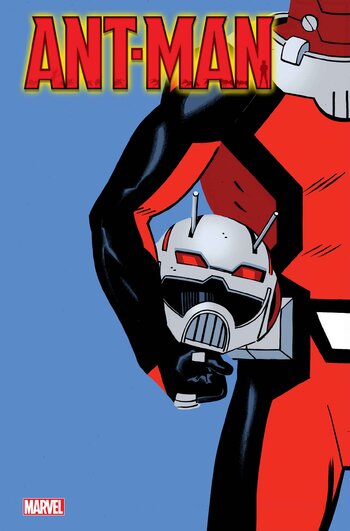 Ant-Man (subtitled Ant-iversary for the collected edition) is a 2022 limited series published by Marvel Comics, timed to celebrate the 60th anniversary of the titular superhero Ant-Man. The series is written by Al Ewing and illustrated by Tom Reilly.
Advertisement:

Each issue focuses on one of the different people who have worn the Ant-Man costume over the years - from Hank Pym, the original Ant-Man, to Eric O'Grady, Scott Lang and a new Ant-Man of the year 2549, Zayn Asghar.