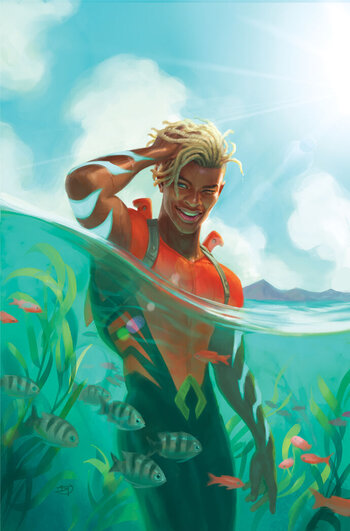 The Becoming is a Coming of Age / origin story for Jackson Hyde, current Aqualad and Arthur Curry's destined successor for the title of Aquaman. Just when it seems like everything is finally looking up for Jackson, the unexpected arrival of a new villain, Deluge, threatens to ruin the life he's built for himself and his prospects for the future.

This series is notable for being the first to feature Jackson in a starring role, and is one of the launch titles of DC's "Pride" label for stories featuring LGBTQ characters and creators.

Aquaman: The Becoming contains examples of: