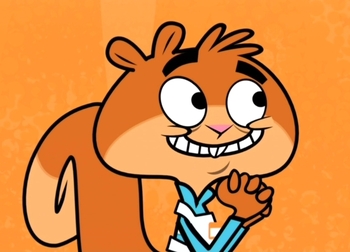 The main protagonist of the show. Scaredy works at the Stash 'N Hoard, for his Mean Boss, Nestor. Can be rather timid, but is brave when he has to be. 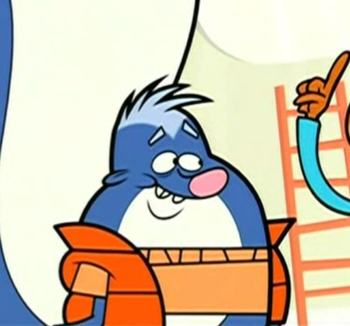 Voiced by: Jonathan Gould
Dave is Scaredy's Best friend. Somewhat slow witted, but is right some of the time. 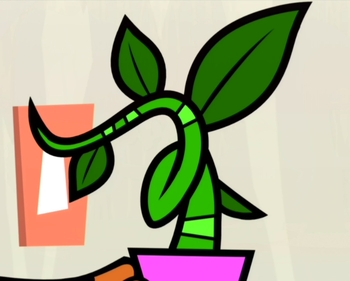 Scaredy's pet plant. He may or may not be sentient, but Scaredy certainly believes that he is. 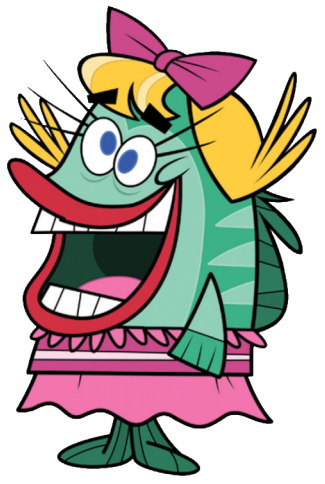 A big fish who has a giant crush on Scaredy, but he does not feel the same way towards her. Sally does not like it if anyone else but her speaks to him. 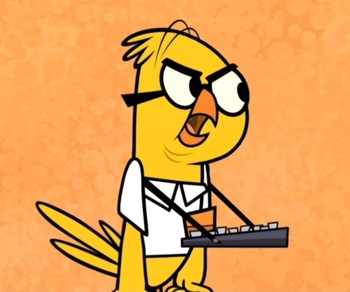 Scaredy's incompetent boss. He is the main villain of the show, and is not at all nice. Nestor is very foolish, and is very loyal to his mom, no matter how badly she treats him. 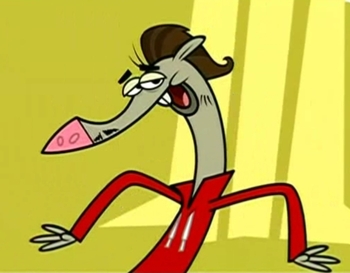 A ferret and Scaredy's childhood rival. Always wanting to show Scaredy up, he wants to be the best paddleball player in Balsa City. He also occasionally helps Nestor with his evil plans. 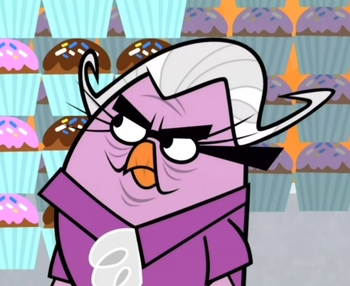 A loud, elderly chicken, Momma is the owner of the Stash 'N Hoard and Nestor's mother. It is unknown what her real name is. 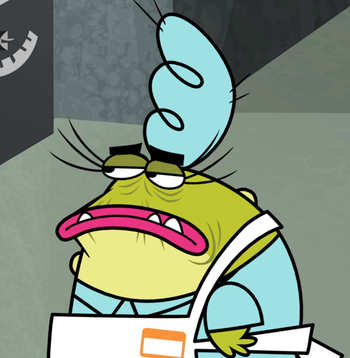 One of Nestor's employees. A frog who doesn't seem to care much about her job or her colleagues.