open/close all folders
The Default Four
Debut since QMA-I, these four students are the default characters offered for player selection, and are the pillars of, as of the OVA, QMA-Seventh Academy's Class Amelia; for their grace in social leadership, and for worse in pulling down their homeroom's overall academic achievement. 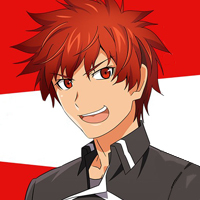 The son of a Great Sage, Leon is a boy of prestige birth. But due to his father's unknown disappearance, and Leon's lower-than-average performance in magic studies gave his family and himself lots of stress and bad looks from the public. Not willing to give up, Leon continues to strive his magic studies as hard as he could, and vows to surpass his dad, and earn his family a greater living to prove the public wrong.

When socializing with others, he's shown to be friendly, and compassionate in aiding others; but is prone to spur into action without much thought and analysis. 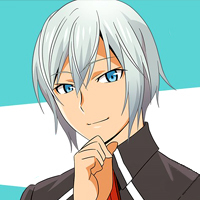 The top scoring boy of Class Amelia. Serious is a calm, and beautiful looking young man who takes pride in his intellect. He is analytical, cunning, yet is genuinely gracious with his fellow classmates. Tends to naturally stick alongside Leon due to their contrasting personalities, and is usually found in the position in aiding Leon with his grades. 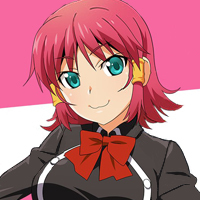 An energetic common girl who was inspired to be a Sage after she was rescued by a certain Great Sage when she was little. But little did she knew that training to be a Sage involves work beyond her imagination. 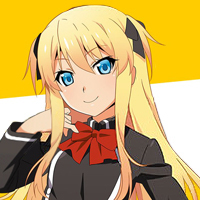 The top scoring girl of Class Amelia. Shalon is a common girl from a wealthy family who was brought up with an elite education. But somehow she felt unrecognized from her family, especially her stoic father. Therefore she enrolled herself into the Magic Academy in hopes her accomplishment as a Sage would have her family's attention.

Voiced by: Emiri Katou
Debut Since QMA: The Bell of Dawn

Voiced by: Haruka Terui
Appeared in QMA: DS and DS 2 Only

Voiced by: Daisuke Gōri note His final role before his death.