Awesome / The Legend of Korra - Book One 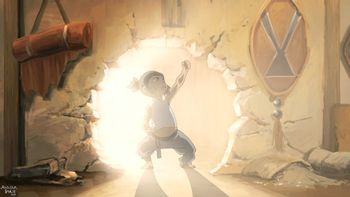 "I'M THE AVATAR! YOU GOTTA DEAL WITH IT!"