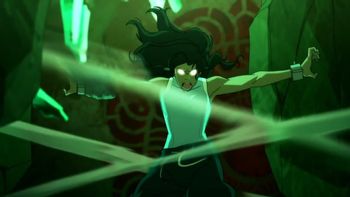 The Avatar State at its most awesome.