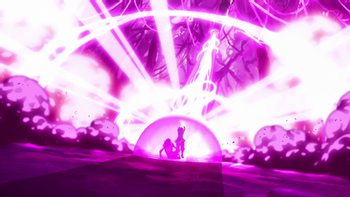 Bending the equivalent of a Fantastic Nuke? Badass.

The Calling
Enemy at the Gates
Battle at Zaofu
Reunion
Remembrances