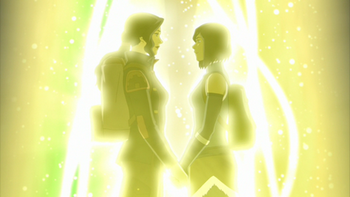 "I’m only sorry it took us so long to have this kind of representation in one of our stories."

The Calling
Enemy at the Gates
Battle of Zaofu
Reunion
Remembrances