What An Idiot / Avatar: The Last Airbender 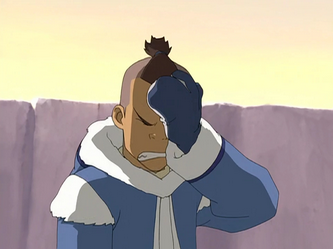 A typical reaction from a fan who notices such idiocy.

Even the cast of a great Nickelodeon cartoon aren't immune to stupidity.

NOTE: You may put examples from both the show and the graphic novels.