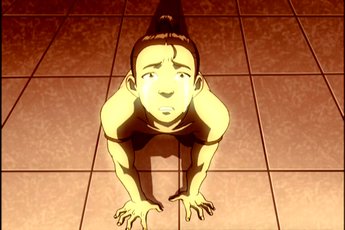 "Please, Father. I only had the Fire Nation's best interest at heart. I'm sorry I spoke out of turn...! I meant you no disrespect. I am your loyal son!"
Advertisement:
In General