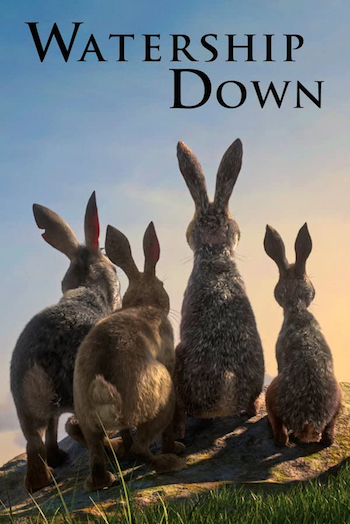 A 2018 four-part CGI miniseries based on the novel of the same name.

A rabbit named Fiver sees a vision of his warren's imminent destruction. When his older brother Hazel is unable to convince their chief of the danger, they leave and set out on a journey to find a new home, accompanied by a few others whom they manage to convince.

Produced by Netflix and BBC One, the series features an All-Star Cast including James McAvoy as Hazel, Nicholas Hoult as Fiver, John Boyega as Bigwig, and Ben Kingsley as General Woundwort.