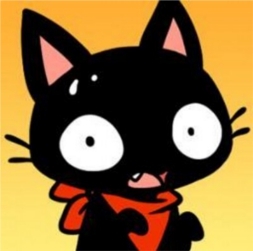 The GaMERCaT is a Gaming Webcomic created by Samantha "Celesse" Whitten about a cat who is a gamer. The webcomic centers on the adventures of Gamercat, his sidekick the Annoying Fairy (a parody of Navi), and his protege Glitch, a stray kitten he brought home one day, to whom he wants to teach all about gaming. Later comics introduce a formed "gang" of gamer cats. Alongside Gamercat and Glitch are Sweet, the big tough guy, and Pixel, the only female gamer cat until Nano came along. When not simply hanging out with the others, Sweet & Pixel seem to fight over who should be the better influence for Glitch: Sweet wants him to play violent games to make him tough, while Pixel wants him to play cute friendly games to keep his innocence.

Many of the strips are parodies of popular video games. Others are centered on Gamercat's difficulty interacting with humans while getting and playing video games, or interactions between the cats.

It can be found on Tapas

(though Tapas gets the new strips first, followed by the official website). The webcomic went on hiatus in March 2019 and around a year later the author confirmed the hiatus was indefinite.

Tropes associated with Gamercat include: