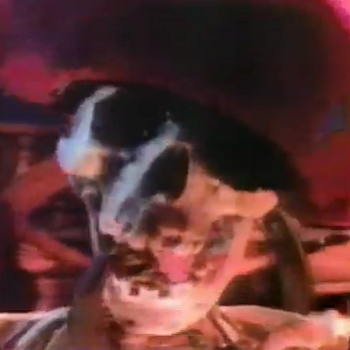 Take what ye will, but don't rattle me bones!
"Welcome aboard, maties!"
Advertisement:

is a British Youtube Pooper who is best known for his videos about skeletons. He has stated that he wants to create 100 bone videos. He mostly makes YTPMVs and episodes of a series about the wacky adventures of a skeleton named Bones and his friend Therapist. His most used source is a commercial for an 80's board game called Rattle Me Bones, which has attained Memetic Mutation status, in part thanks to his efforts.