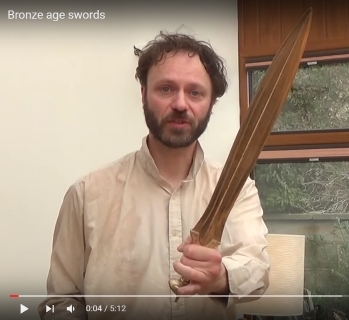 Lindybeige gets to the point.
Advertisement:

Lindybeige is a YouTube channel operated by Nikolas Lloyd, aka Lindybeige or Lloyd. He uses his experience in filmmaking, history, archaeology, and dance to make videos. The channel focuses on ancient and medieval warfare and technology, and occasionally addresses other subjects such as politics, evolutionary psychology, war gaming, and tabletop gaming. Lloyd often addresses whether certain media tropes are realistic, and tears into inaccurate works with his characteristically sarcastic sense of humor.

The Lindybeige channel can be viewed here

Works discussed or reviewed on Lindybeige: