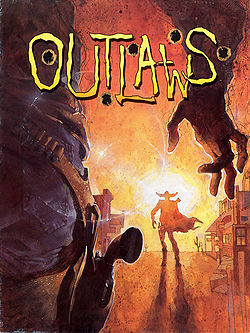 It follows the journey for revenge of the retired Marshal James Anderson, who after returning home from a shopping trip to the town finds his wife murdered, his daughter kidnapped and his house burned to the ground by the henchmen of an evil railroad baron called Bob Graham.