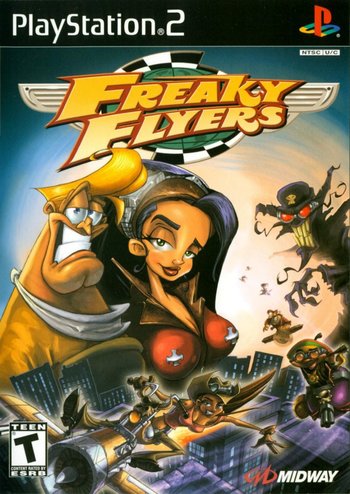 "What are you waiting for? Jump in your plane and get freaky!"
— The Narrator
Advertisement:

A 2003 plane based combat/racer game released by Midway Games for the Xbox, PlayStation 2 and Nintendo GameCube. Adventure mode sets you in a wacky cartoonish world where 14 colorful characters (Most of which are National Stereotypes) compete in races across wild and exotic locations.

Each character has his/her own story that progresses throughout the competition, told with a combination of pre-rendered cutscenes and still images with narration.