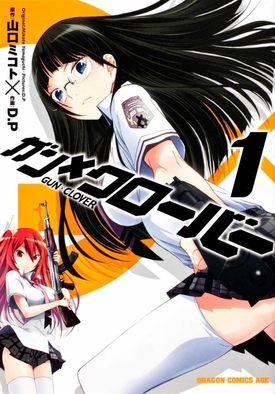 Gun X Clover is an ongoing manga by Yamaguchi Mikoto debuting in 2012.

Mikado High School trains the best students to be the best mercenary bodyguards. But Morito Hayama, a merc escort student with no rank whatsoever, is suddenly assigned to guard a person so highly valued that no escort has ever survived before. Will his subject survive the experience? Will HE survive?!