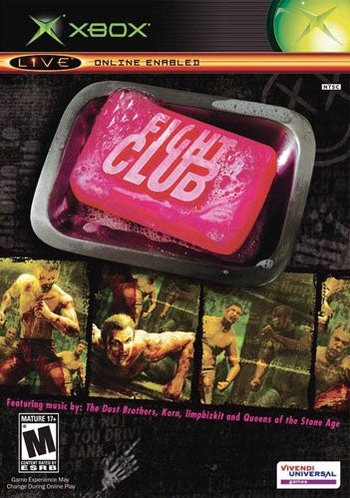 Fight Club is a 2004 fighting video game based on the book and film released for the PlayStation 2 and Xbox. It takes place during the events of the film and focuses on an unnamed member of Fight Club/Project Mayhem who wants to join the ranks of Tyler Durden. Most of the cast from the film except Meat Loaf was replaced by generic voice actors. It is considered by many (including the author Chuck Palahniuk) as a generic fighting game that doesn't have the same impact as the novel and film.

The first Trope of Fight Club is: