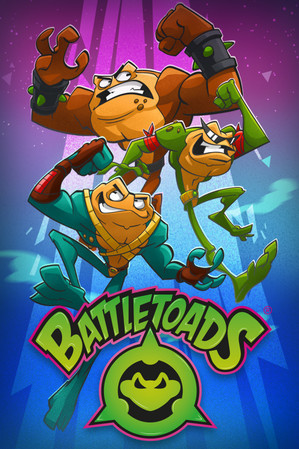 BattleToads is a reboot of the Battletoads game series released on August 20, 2020 for Xbox One and Windows.

Twenty-six years after defeating The Dark Queen and sending her off spinning into the depths of space, the BattleToads continue their adventures stopping villainy wherever they go and ascending to acclaimed heroes.

Or so they thought...

The Toads discover they've only been living in a fantasy simulation for those past twenty-six years and are practically nobodies now. Determined to rise back up to gain recognition, The Toads set off to locate The Dark Queen to show the galaxy just how famous they were in the past.

Pimple is ousted by his new group after denying Jason, then goes berserk when his necklace breaks.

Pimple is ousted by his new group after denying Jason, then goes berserk when his necklace breaks.