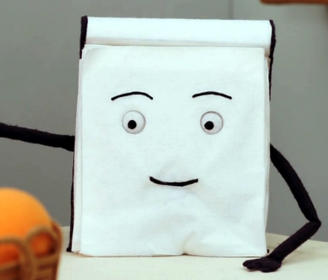 Your creative lord and master.
They weren’t creative, and were never going to be. They deserved to die.
—Notebook, the Creative Notebook

The Creative Notebook is an askblog

on tumblr where people ask questions of the notebook from the first episode of Don't Hug Me I'm Scared. The blog is run by tumblr user yamiaainferno

A friendly reminder for new readers: if you want to keep up with the finer points of the story, always read the tags.

The Creative Notebook Provides Examples of: