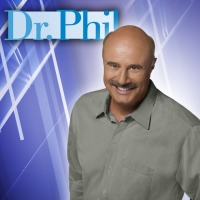 "What gives you the right to imprison your wife in the basement?"
— Dr. Phil, addressing a typical guest
Advertisement: