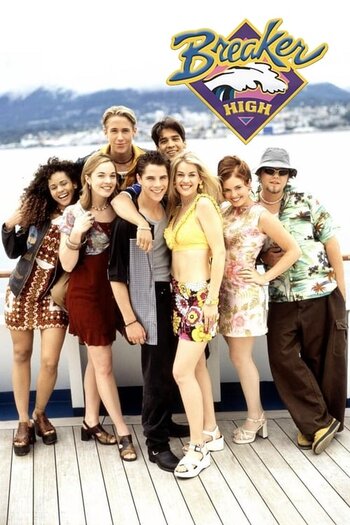 Breaker High was a Canadian Teen Drama/Sitcom that aired from 1997 to 1998 for 40 episodes on UPN (in the U.S.) and YTV (in Canada). The show was about a high school on a cruise ship, and each episode took place in a different location around the world (though the show was filmed entirely in Burnaby, B.C.)

The show focused on eight students at the school: