Sci Fi Writers Have / No Sense of Velocity 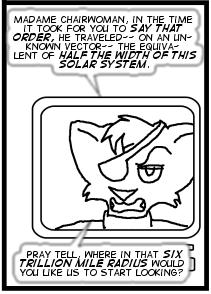 Sometimes it's the character's faultnote 6 trillion miles is about one light-year.
Advertisement: