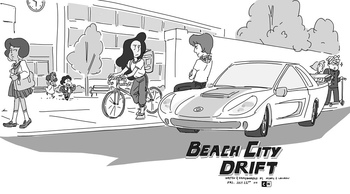 Steven and Connie face their biggest foe in a car race.