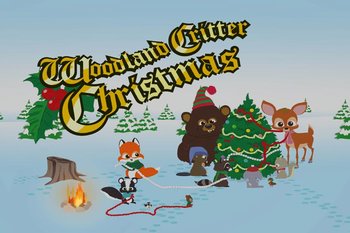 Stan helps a group of seemingly innocent woodland critters build a manger for their savior, only to find out they're Satan worshippers.