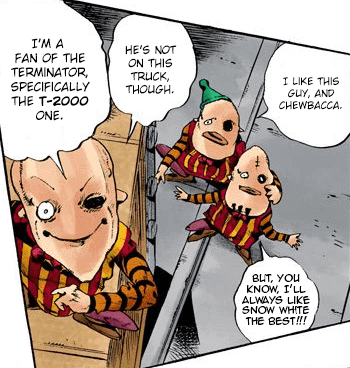 By the way, the power that brought them to life is called Bohemian Rhapsody.
"And before you ask... (strikes a pose) YES, THIS IS A JOJO REFERENCE!!!"
— Alucard, Hellsing Ultimate Abridged
Advertisement: