Literature / My Brother is a Superhero 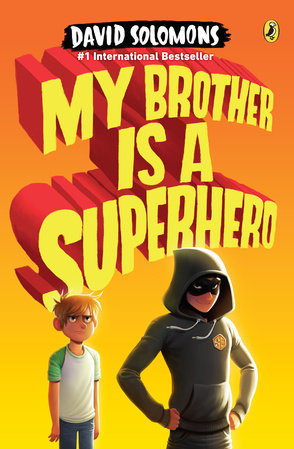 My Brother is a Superhero is a series of superhero novels for kids, written by David Solomons.
Advertisement:

Protagonist Luke Parker is an obsessive comic book fan with a nerdy older brother named Zack. One night, the two are hanging out in their tree house when Luke leaves to go to the bathroom. During his five-minute absence, Zorbon the Decider shows up in an interdimensional spaceship, gives Zack six superpowers and then leaves just before Luke gets back.

Luke is, understandably, annoyed. Nevertheless, he decides to teach Zack about becoming a superhero, and will ultimately have to save him when a villain finds out his Secret Identity.