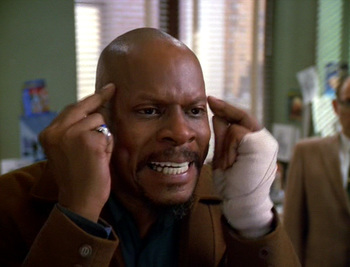 "That future, that space station, all those people – they exist in HERE! In my MIND!!! I CREATED it!!!"
Advertisement:

Pretty much every cast-member in the Star Trek Universe eats a ham sandwich before coming on set (as also the Star Trek entry on the Film section), but special mentions to...

Star Trek: The Next Generation