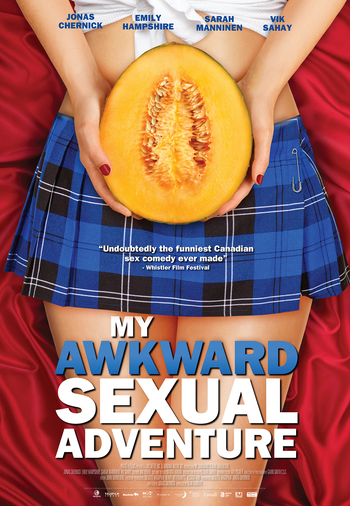 My Awkward Sexual Adventure (2012) is a Canadian Sex Comedy about the... well, awkward sexual adventure of an ungainly, boring accountant named Jordan Abrams. Dumped by his long-term girlfriend, Rachel, due to his lack of sexual skill, Jordan first embarks on a quest to make her jealous, but soon finds himself on a mission of sexual self-exploration, helped along by a stripper named Julia. While Rachel tries and fails to find fulfillment in her own sexual adventure, Jordan begins to wrest control of his own life. It just takes him some time to get there.